Experience the next generation of Pixel Poops, designed from the ground up for your NES!

You've just learned that those ambitious, motivated joggers are out and about all over...from the park, to the middle of town, all the way to the graveyard! You've decided that it's your responsibility to stop them once again, armed with just your lightning-fast metabolism, and a fully-loaded gift card from the taco place! And this time, you can bring a friend along for two-player simultaneous play! That's right, the size of the poop-parazzi has doubled!

Once again, small poops will only slow the joggers down. But keep pooping, and your poops will grow to massive size! Giant poops stop the joggers for good and score you points! When your chamber is empty, fill up at the taco place! And don't let too many joggers get away, or it's Game Over!

Pixel Poops Number Two features fast action that only gets faster, a multitude of different environments and 50 challenging levels, gorgeous pixel art graphics and animation, and music and sound effects from CosmicGem and Shiru8Bit! 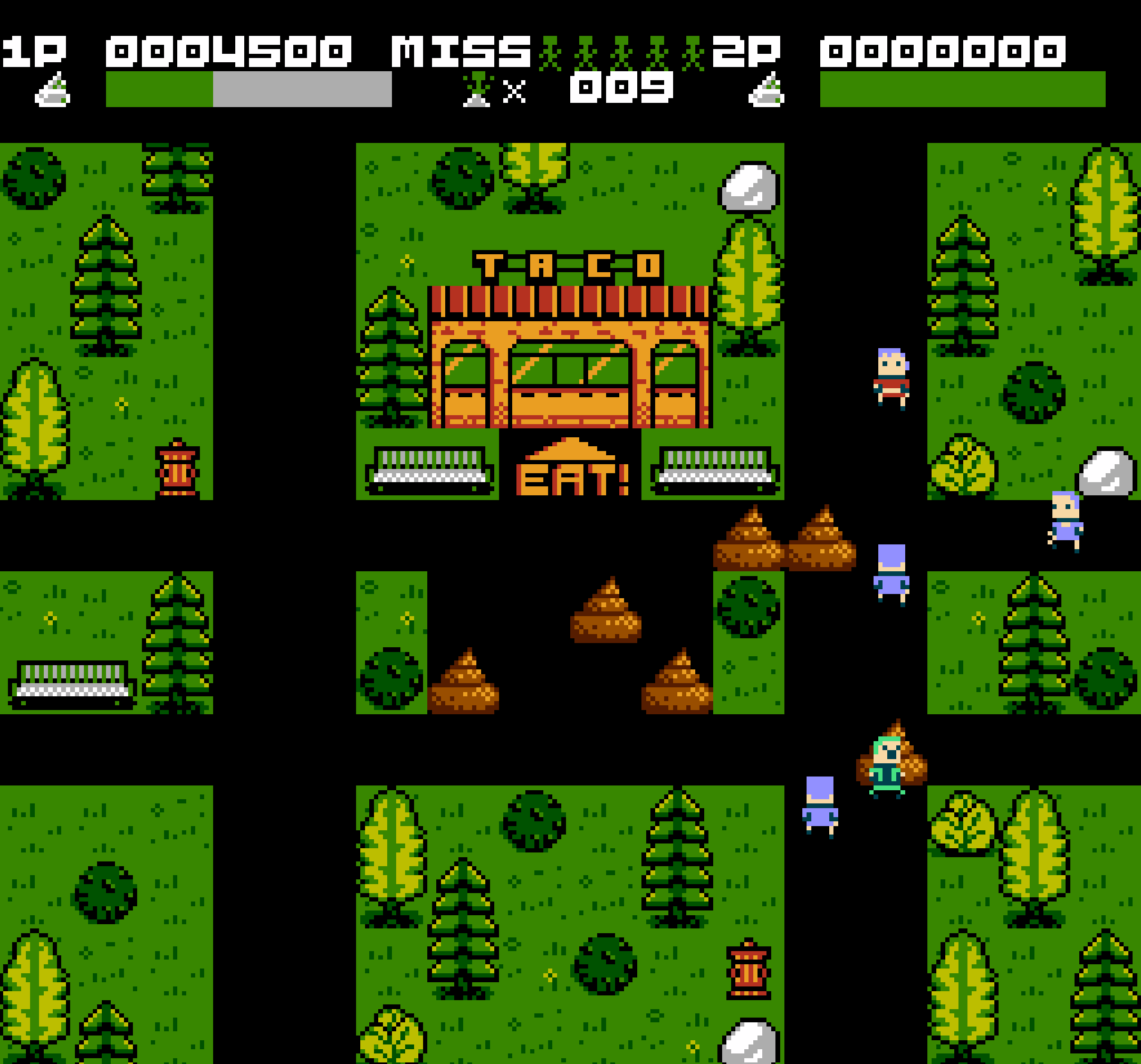 Poop - small poops will stun the joggers, but only the largest will trap them.

Bridges - Bridges are meant for walking, and unfortunately, not pooping.

Misses - Each enemy that gets away counts as a miss. Get five misses and it's Game Over.

Trap Count - Shows how many enemies are left to be captured to complete the level.

Poop meter - Indicates how much poop is available for pooping. When it empties you need to visit the Taco Stand to eat to quickly fill it back up.

Joggers - Your standard run-of-the-mill joggers. Take them out with your largest poop or stun them with smaller poops.

Ghosts - This spooky fellow is know to disappear. When they're invisible they are invulnerable to smaller poops, but the largest poop will stop them dead in their tracks.

Yeti - This majestic creature loves the snow and is know to be faster than your average jogger. Like the jogger, they can be stunned by smaller poops and captured by larger poops.

Dog - The dog has quite the appetite for poop. Some dogs have been know to even eat it. Trap them with your largest poop unless you feel like feeding them.

In order to download this game you must purchase it at or above the minimum price of $9.99 USD. You will get access to the following files:

"This is the best game ever!" - review from my 8 year old.  Pixel Poops has been a big deal in our house over the past week.  I can share my love of NES games with my son, who really loves poop.

LOL. Thank you. I'm glad they enjoy it. My kids love it as well. 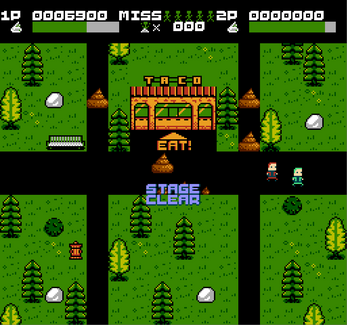 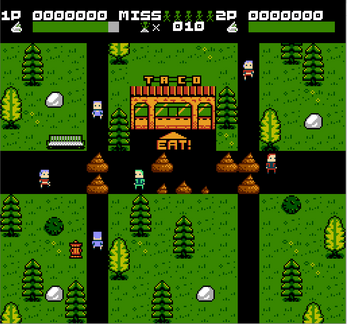 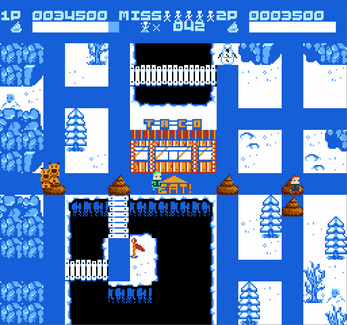 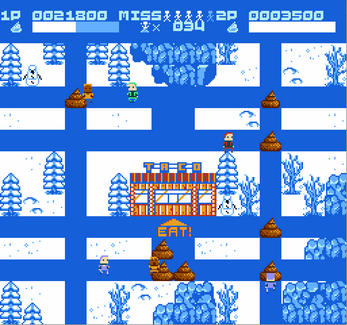 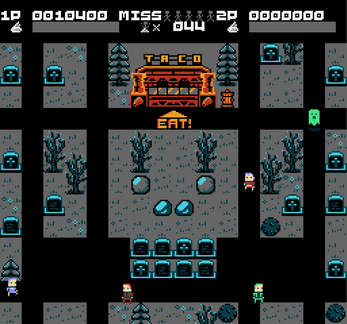 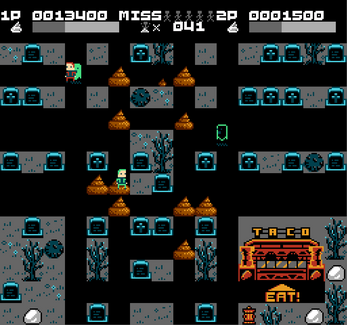 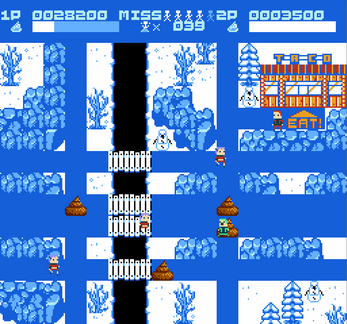 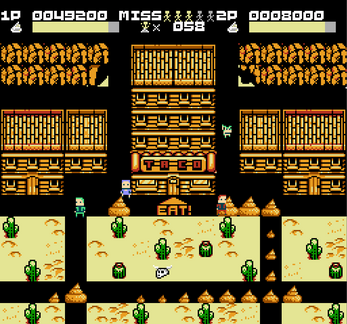 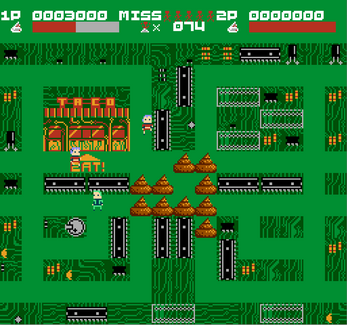 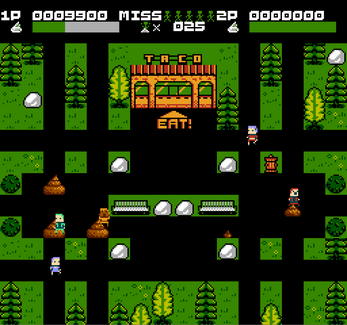 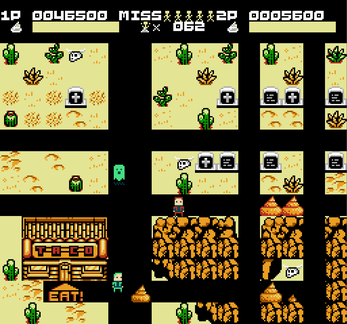 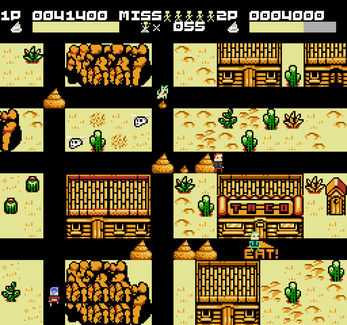 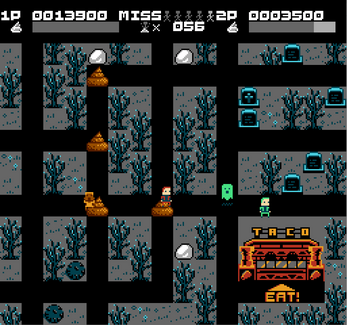 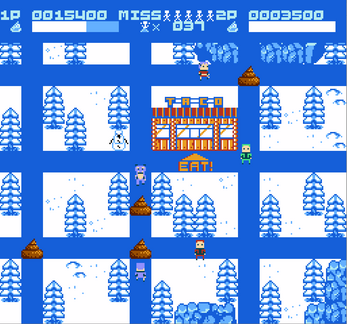 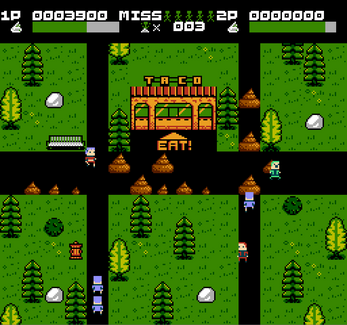